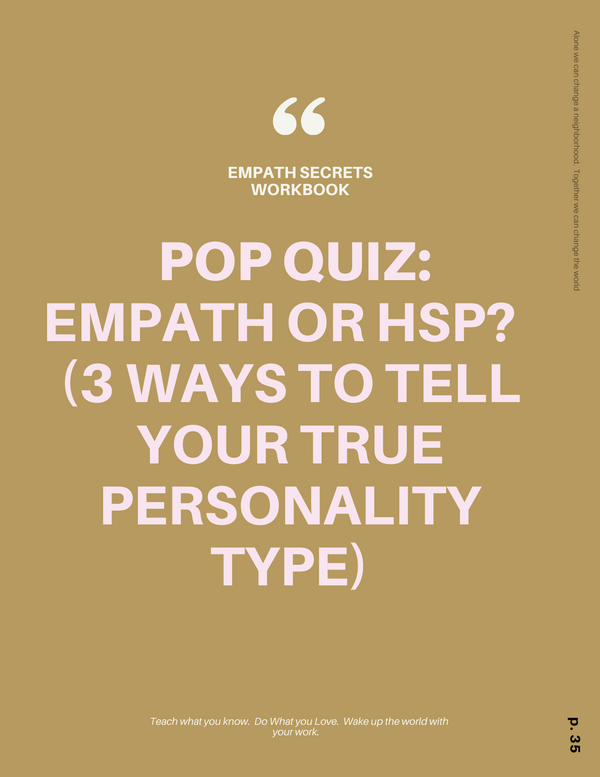 What triggers an empath?  Do all empaths, healers and HSP's find the same things annoying, offputting or overwhelming?

The truth is, there are many things that most sensitive people find hard to handle.  For example:

How about some common MYTHS and misconceptions about highly sensitive people?

Think you're an HSP?  Join our brand new community of highly sensitive people, empaths and other "feeling" personality types and learn how to not only survive as an HSP, but to completely THRIVE as well!  Join us!